This excerpt from the documentary KUNDALINI highlights how our kundalini energy, our awakened consciousness, which rises from the root chakra to the crown, is depicted in religions of the world.

According to Hindu tradition, Kundalini Shakti or the divine feminine energy resides at the base of the spine in the first chakra and slowly makes her ascent up the spine when she has been awakened. Her role as divine energy is to travel to the crown chakra at the top of the head to unite with her beloved Shiva, the divine masculine energy, or pure consciousness who is inert until the sacred circuit is completed. Shakti’s duty is to purify the individual in the soul body, physical body, mental body, psychological body and emotional body as she ascends, giving us her blessings to evolve to our maximum potential. Kundalini nourishes the Tree of Life within us and is coiled up like a sleeping snake and therefore it is called the serpent power. 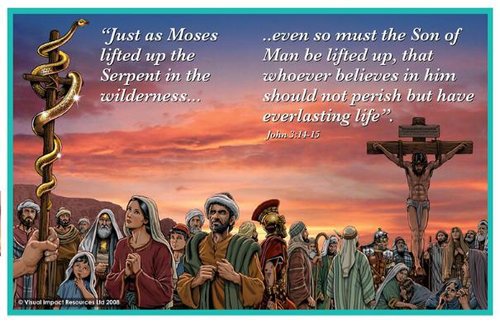 Christians called it a reflection of the Holy Ghost. The Old Testament symbol becomes significant in Christianity when Christ suggests Kundalini awakening. And as Moses lifted up the serpent in the wilderness even as the Son of Man be lifted up that whosoever believeth in him should not perish but have eternal life.

The caduceus, held by Roman God Mercury with one or two coiled serpents entwined around the staff, represents Kundalini which rises along the central, subtle channel in a spiral movement.

The Lord Buddha spoke of the Middle Path to achieve Nirvana. He was actually describing the central channel Sushumna which the Kundalini ascends from the root chakra to the crown chakra.

In the Holy Quran, the prophet Mohammed Sahib talked of the day of resurrection when he says that The Hands Will Speak. When Kundalini awakening occurs a flow of energy in the form of cool vibrations from the hands is experienced. And the various chakras can be felt on parts of the hands and fingers.

“The thing to be aware of though, when a person is going through the process of raising their kundalini Shakti, it’s very difficult for them to identify it and it’s what I call the false kundalini process or the false born again. It’s a fairly easy process if I were ruthless and wanted to control people, to lead them through it. What it is is a mind control technique. It’s really simple. It’s done quite often in charismatic churches. Where you:

They will swear on a bible they are born again and it has absolutely nothing to do with religion. It is a mind control game. It is actually a stage hypnosis induction technique.

It’s totally false and where it is so dangerous is, the pitfall is instead of you surrendering to the Divine, which is what makes a person raise the  consciousness slope, the person surrenders their authority to another human being. They look for some-ONE to surrender their authority to.”