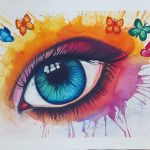 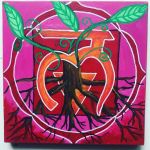 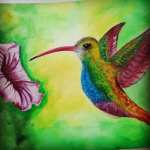 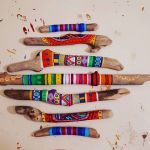 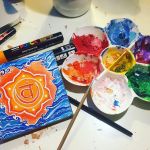 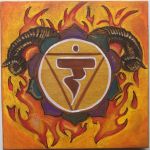 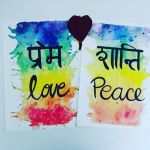 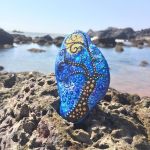 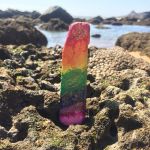 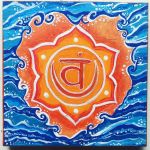 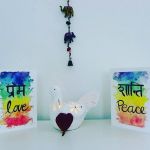 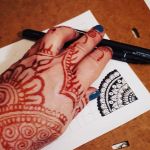 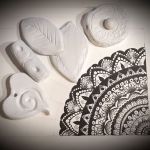 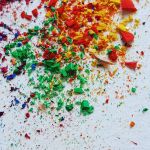 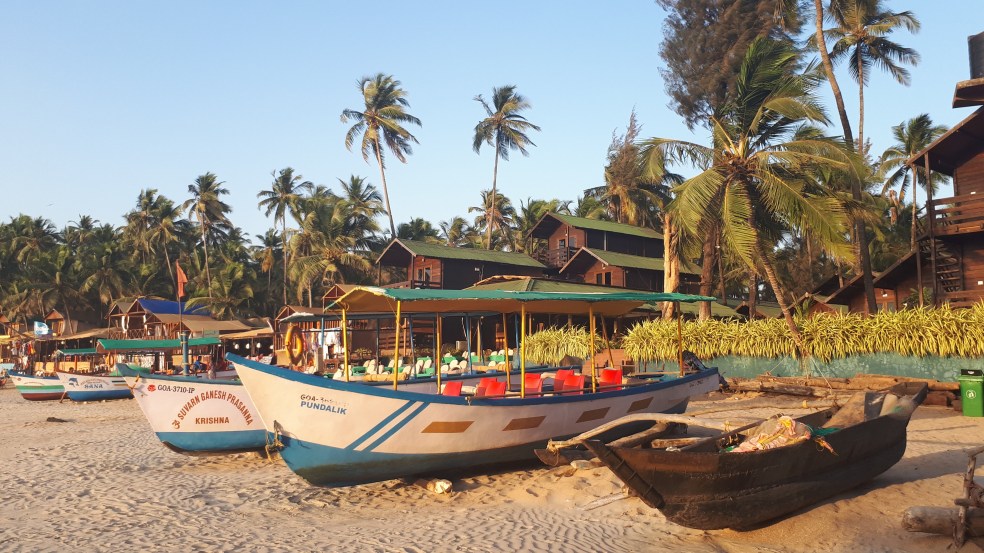 My annual holiday to Goa, India, was going swimmingly. I’d left the freezing cold of the British winter and was enjoying the heat on the beach under swaying palms. After I’d spent some time catching up with old friends and attending the Holi celebrations on the beach, I decided to take a road trip South along the coast to Palolem.

My base was, as ever, in Varca, a small fishing village about 40km South of Goa’s capital, Panjim. Palolem is situated in the district of Canacona, around 30km from Varca. The drive in itself only takes just over an hour, but I decided to take the scenic coastal path, stopping off to take photos and vlog along the way. As well, I was on my scooter which had a decidedly dodgy front tyre, and besides, I had no plans to hurry, only amble.

I drove slowly through sleepy hamlets to have breakfast in Cavelossim, a touristy village around 7km south of Varca. Cavelossim was just waking up but I could see that it would become quite busy with it’s many boutique style shops, restaurants and mid to high end hotels. I chose to eat in my favourtite places of all ( when trying to save money) and these are the local cafes where you can fill up on chai, baji and patties for under 100 rupees ( that’s around £1 GB).

I decided to take a drive down to the end of the peninsular along the estuary to Betul Beach. I didn’t end up seeing the beach because, as you can see from the map, the road ran alongside the river and I just stuck to the route. It was very pretty though and I enjoyed the drive. I saw huge eagles, enormous tropical butterflies, small houses shaded by sky-scraping palms and boats floating lazily on the impossibly beautiful water.

I doubled back on myself and drove back through Cavelossim and out onto the highway. My original plan was to stop off at Cabo De Rama Fort for the spectacular views across the Arabian sea. On my way there, I noticed the scooter was starting to slide over potholes and so decided to stop at the next garage I could find, and luckily I didn’t have to drive for too much further before I found one. For 20 rupees, the mechanic pumped the front tyre but told me that I this was just a temporary fix and that the tyre needed replacing at some point, but I was at least glad that I would make it to Palolem without any further problems.

I was driving along a particulary long and barren section of road with very little water left in my bottle and getting hotter by the second, when right there in the middle of nowwhere was a little tea stop. How glad I was to see that! One very cold lime soda and a lovely chat with the owner later, I was on the road again, on route to the fort.

On the way to the cliff edge I took a left turning instead of a right and found myself at the cliff top entrance to the exclusive resort The Cape. The views of the sea and beaches below were nothing short of majestic! I stayed for some time, vlogging and taking photos and just marvelling at the incredible views!

I eventually arrived at the entrance to Cabo De Rama Fort but soon realised that my visit there wasn’t to be on that day. I took a peek, carrying my rucksack with me and immediately decided against it. My bag was heavy and I didn’t want to leave it unattended with the scooter and I was way too hot and sweaty to hike anywhere! It was fine though really. I was more than satisfied with the views I had already taken in from The Cape.

So, onwards with my journey. I was so damn hot and my bum was completely numb and all I could think about was jumping in the sea when I reached Palolem. Still, I appreciated my journey. I love to drive the scooter through the roads and back lanes of beautiful Goa.

Around three hours after leaving Varca, I finally arrived in Palolem. Ahhh, bliss! Now to find the accommodation……

I have just attended the Ayurvedic abhyanga marma point massage course in Ashvem, Goa. The course was run by the company Raso Vai and our teacher on this course was  Dr Anita D. Rawandale (B.A.M.S).

Because it was a very short course we only covered the basics of the Doshas.

‘The Three Doshas: Vata, Pitta, and Kapha. The doshas are biological energies found throughout the human body and mind. They govern all physical and mental processes and provide every living being with an individual blueprint for health and fulfillment.’ 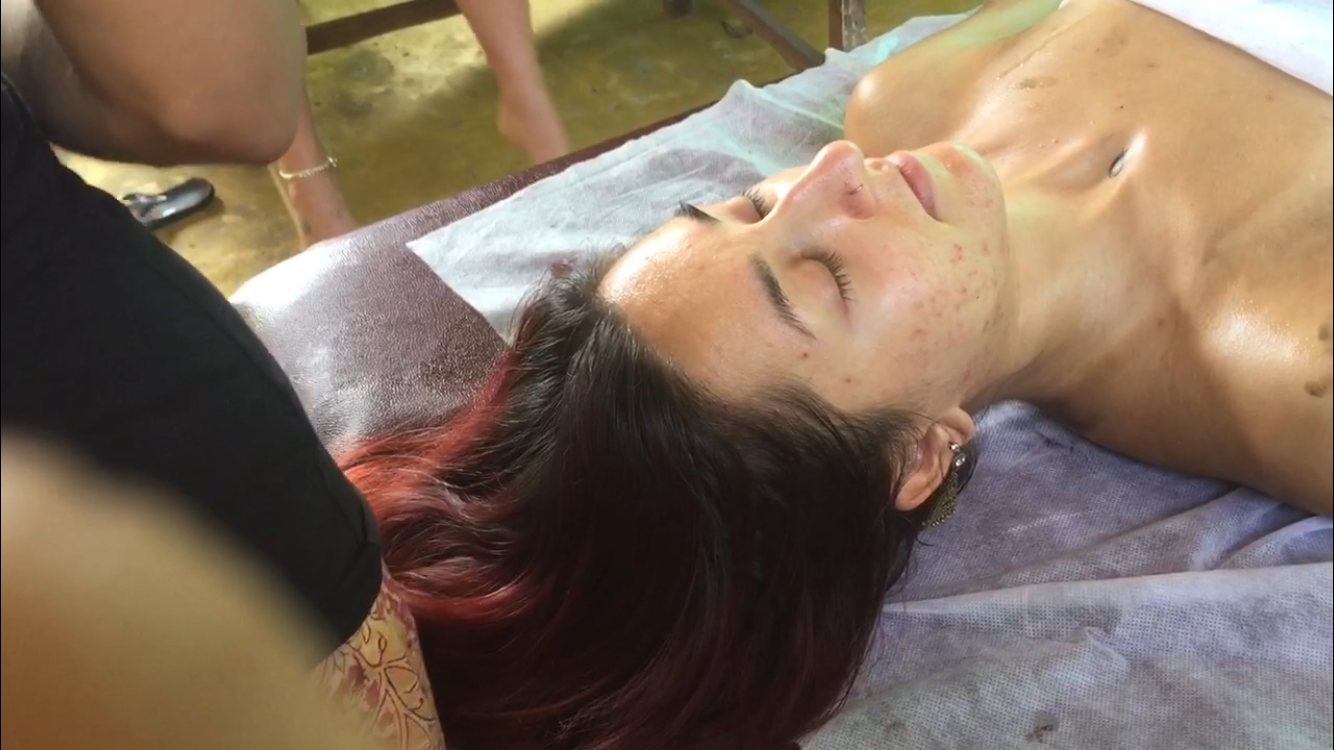 I still have a long, long way to go to even part way understanding the doshas and being confident to diagnose a client who has come to me for ayurvedic massage therapy. The type of oil and heat of the oil used for this massage technique depends on what dominating dosha the client has. However, I really did enjoy learning the massage technique and I’m ready as ever to get practising on willing people, for a small charge. Right now, I’m still counting my strokes and having to think ahead to what position follows the last but, of course, in time I will just naturally flow.

I just LOVE giving the massage. It’s very meditative for me as well as relaxing for the person receiving. When I’m in the flow and one movement to the next is seamless, the body ceases to be skin, and it becomes a blank canvas, with me the artist flowing with my paintbrush. But the best part for me is knowing that I am helping to make someone feel amazing.

WHAT BROUGHT ME TO THIS STAGE IN MY LIFE?

Having been a carer for 27 years, I am registered with the carers association in my county. I am often sent emails with information on courses they run for carers and pamper days, that sort of thing. Around 10 or 11 years ago now, I attended a small break with the children to meet other disabled families. We shared, we cared and we also had the opportunity to receive some massage therapy. It wasn’t a huge session and I can’t even remember now how I even had the chance to attend at all. Maybe one, or all, of the other parents watched Rune and India for me.

What I do remember, however, is not only how lovely I felt but how grateful also for the time given to me. I really wanted to give like this to other carers and make people feel as lovely and relaxed as I did.

That one massage never left my memory and in 2011, I applied for a carers grant to receive massage therapy on a regular basis. I was granted 15 sessions! I couldn’t attend weekly as life with the twins wasn’t as predictable as that and I actually ended up only taking about half of those sessions. Reason being for that was, even though the massage therapist was a lovely woman, she didn’t stop talking throughout the session and answering her busy door! So that kind of put me off attending any more sessions with her but it certainly didn’t put me off wanting to realise my dream one day of becoming a massage therapist.

So, here I am. Combining my love of all things Indian and massage therapy.

Looking forward to the next course in four days time!

If you want to know about about the RasoVai courses and maybe attend one for yourself, then you can check them out there.